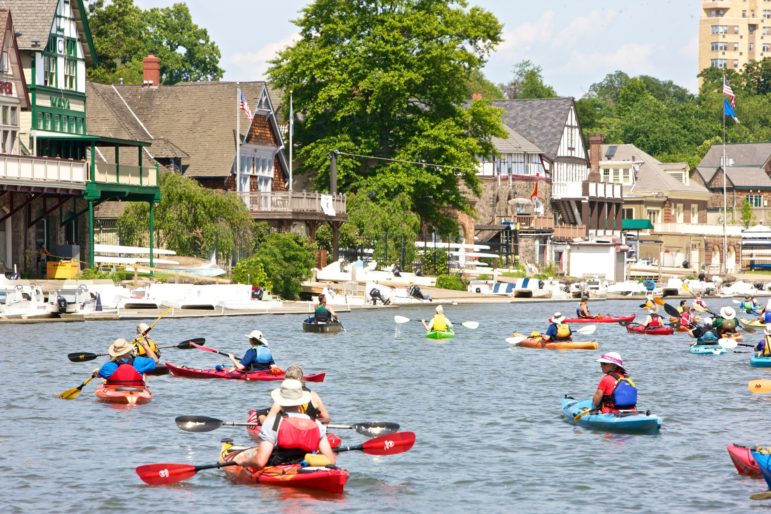 “We are elated to have the Schuylkill be selected as Pennsylvania River of the Year for 2014,” said Schuylkill River Greenway Association Executive Director Kurt Zwikl.  “We are particularly pleased to be named because in last year’s balloting we lost out by less than two hundred votes.

This is the second time the Schuylkill has been named River of the Year, having last received this distinction in 1999.

The rivers nominated included the Schuylkill River as well as the Kiskiminetas-Conemaugh rivers in the southwest; the Ohio in the west; Brodhead Creek Watershed in the northeast; and the West Branch of the Susquehanna in the north central section of the state.

Among 5,527 ballots cast, the Schuylkill River received 2,402 votes.  The four other finalists and total votes received were:
The Brodhead Creek & Watershed: 663 votes
The Kiski-Conemaugh Rivers: 1,130 votes
The Ohio River: 677 votes
The West Branch of the Susquehanna River: 655 votes

The Schuylkill measures 128 miles from its headwaters in Schuylkill County to its confluence with the Delaware in Philadelphia.  It is a river with a tremendous history, and perhaps most significantly, an inspiring environmental story. 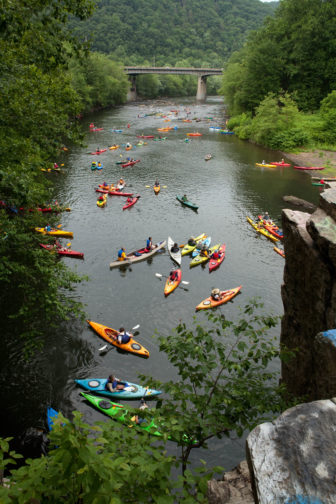 About The Schuylkill River

In the mid-20th century, the Schuylkill was one of the nation’s dirtiest rivers.  Throughout the Industrial Revolution, its waters served as a dumping site for factory pollutants, raw sewage and, perhaps most damaging of all, coal waste, known as culm.

By 1945 an estimated 38 million tons of culm had accumulated in its channel.  The Schuylkill was on the brink of becoming a wasteland until, in 1945, the state of Pennsylvania agreed to undertake the Schuylkill River Project.  It was the first major government-funded environmental cleanup, and it dredged millions of tons of coal culm from the river.

Today, efforts to clean the river are on-going.  Our organization administers the Schuylkill River Restoration Fund, which over the past seven years has awarded more than $2 million in grants to projects that improve the water quality in the river and its tributaries.  The Schuylkill is a source of drinking water for 1.5 million people and waterfront communities all along the river corridor are now using those waterfronts to bolster community revitalization efforts.